This specification was published by the Federated Identity Community Group. It is not a W3C Standard nor is it on the W3C Standards Track. Please note that under the W3C Community Contributor License Agreement (CLA) there is a limited opt-out and other conditions apply. Learn more about W3C Community and Business Groups.

This document is a Draft.

As noted in our charter, the purpose of the Federated Identity Community Group is to provide a forum focused on incubating web features that will both support federated identity and prevent opaque, uncontrollable tracking of users across the web. The community group recognizes the need to balance privacy concerns against the need to explore innovative ideas around federated authentication on the web. The initial work of the group focuses on the short-term goals as prioritized by the urgency of changes already underway, such as the phasing out of third-party cookies.

At the time of this report, the community group has several outputs, including a detailed list of federated authentication protocol elements and how they will be impacted by changes in third-party cookies, link decoration, and bounce tracking. The community group has also begun to document how different proposals and protocol elements might be used to mitigate the changes being introduced as browsers add mechanisms to prevent tracking. The group has one formal work item, the Federated Credential Management API, that explores one potential path for some services to follow as third-party cookies are deprecated.

Given the complexity of the use cases surrounding federated authentication workflows, it is unlikely that any one proposal or work item in any standards organization will resolve all the issues that will arise as the low-level primitives on the web change or are removed. Part of the work of the community group is to gather sufficient information that developers will be able to determine what mix of protocol elements, browser APIs, and other tools will meet their needs in continuing to use federated identity on the web.

a glossary of terms that have specific domain definitions and clarify possible collisions as they relate to this context.

Credentials - When browser vendors refer to credentials, they typically mean an object which allows a developer to make an authentication decision for a particular action. (See also https://www.w3.org/TR/credential-management-1/#core)

Sign-in - the act of authenticating into an existing account. While the user may experience this as part of the overall UX for a registration process, it is a logically distinct activity from Sign-up.

Sign-out - the act of ending one or more sessions.

Sign-up - the act of establishing or registering an account with a service. While an end-user can sign-up and sign-in simultaneously, logically they are two separate actions. (Similar to how some sites make the choice of “if you can authenticate, you are authorized to use/access the service” despite authentication and authorization being two logically distinct actions.)

In any federated identity flow, there are effectively four parties involved: the user, the user-agent (the browser or app) the user is employing, the Relying Party that manages the resource the user is trying to access, and the Identity Provider that is validating the user’s access. 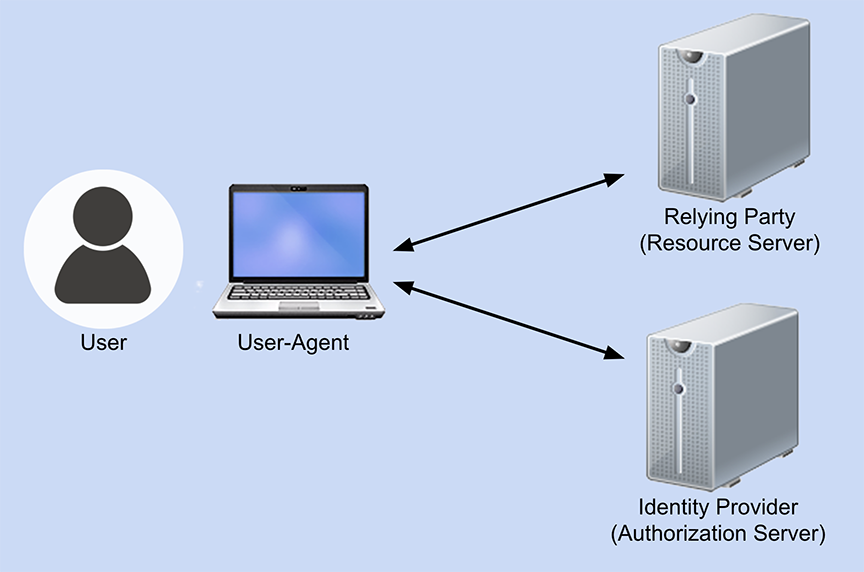 Generally speaking, the frameworks and protocols involved in identity federation most often are OAuth 2.0, OpenID Connect (OIDC), and SAML 2.0. OAuth is a framework for providing authorization to protected resources. OpenID Connect is an identity layer that works on top of OAuth and handles the authentication of the user. Authorization indicates that the user should have access to a resource, but it does not serve to connect the user to an existing account. Authentication, on the other hand, is the process of establishing that the entity requesting access can be connected with an existing account; it does not indicate whether the user should have access to anything.

SAML is similar to OpenID Connect in that it also handles the authentication of the user. SAML, however, is an XML-based framework and uses XML in its communications. 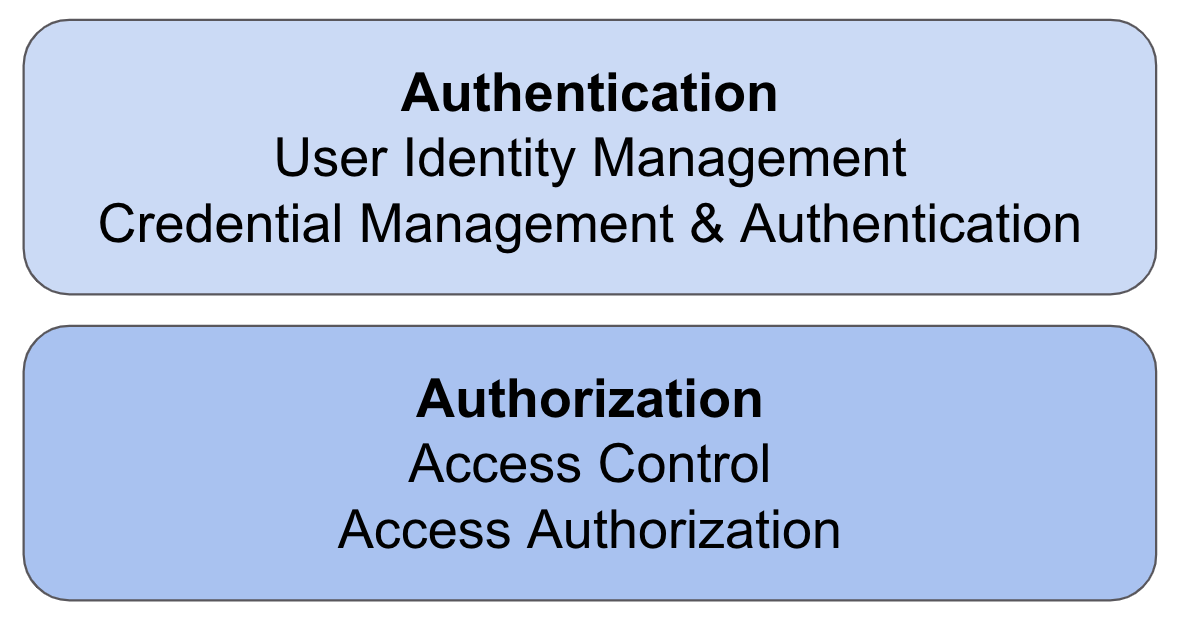 Currently, it’s possible for the Relying Party and Identity Provider to collect information about the user that the user might not be aware of. It’s also possible for different organizations to collude with one another to join the data they’ve collected about a user (especially when the credentials used include a global identifier such as a user’s email address). As a result, user-agents are trying to take a more active role in assuring their users’ privacy online, but there are still questions as to what role a user-agent should play in federated identity flows.

There are four possible scenarios for the user-agent’s role:

With the second option of the user-agents highlighting the privacy risks for their users, it does give users control over their privacy choices. However, historically privacy prompts like this have proven to be ineffective at best and a negative user experience at worst. It places all of the responsibility with the users to understand the consequences of their choices. Some users might welcome that, but others certainly wouldn’t.

The third mediation option removes some of this burden from users, but in turn it also complicates how the protocols would actually need to work. It requires a significant amount of work on the standards that define identity federation, and in turn, it will require a yet-to-be-determined level of implementation work. It’s not a trivial change.

Finally, the fourth option, with the user-agent taking the most active role, does protect users from having either the Relying Parties or Identity Providers tracking them. However, it would also be the most complicated change and would take the greatest amount of work from not only the user-agents, but also the Relying Parties and Identity Providers themselves. Specifically, the delegation-oriented model is not likely to be backwards compatible with the current deployment, so it’s not a good option as a preliminary solution (at least, as a mutually exclusive option). The greater the amount of work involved, the longer it typically takes to execute a change - and the deprecation of third-party cookies is a deadline for this since third-party cookies are often currently needed.

The other concern with the fourth option is that, while the tracking risk from Relying Parties or Identity Providers is decreased, it doesn’t stop the user-agent itself from engaging in user tracking (although trying to restrict this would be something of an unrealistic requirement). However, it does limit the number of potential bad actors, but it doesn’t necessarily eradicate the tracking risk altogether because if the user-agent itself is a bad actor, the user’s privacy would still be at risk.

This is one of the most complex of the documented use cases and also the most common. A site has embedded components, typically as iframes, which require authentication and are often transparent to the user. A seamless experience is desired and the user should not have to sign in to each component individually. 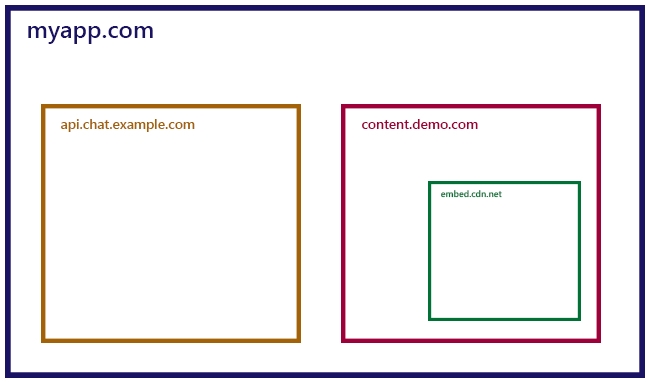 Many single-page applications (SPAs) need to acquire or refresh tokens silently without interacting with the user. These token requests typically u se an embedded hidden iframe to avoid having to reload the page. 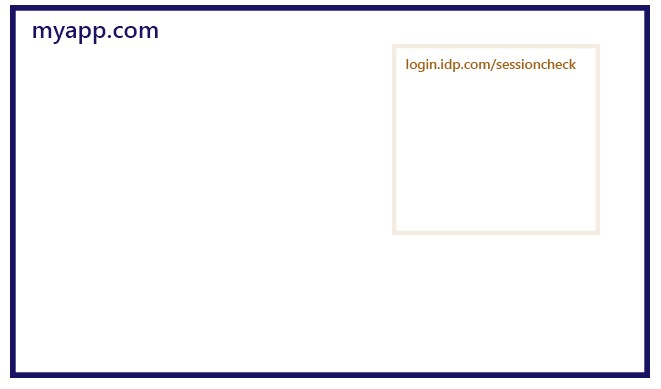 One of the most widely deployed federated sign out methods is called Front Channel Logout, where all sign-out signals occur via the browser through a series of redirects and hidden iframes.

As of March 2022, the community group has one work item, the Federated Credential Management API (FedCM). FedCM is a Google proposal for a web platform API that allows users to login to websites with their federated accounts in a privacy-preserving manner. Google describes it this way:

“Federated Credentials Management API aims to fill the specific hole left by the removal of third-party cookies on federated login. Historically this has relied on third-party cookies or navigational redirects in order to function as they were the primitives provided by the web.”

At its heart, this API acts as an active intermediary of identity flows. Of the four options we previously outlined , it is a mediation- oriented approach. Google did consider other approaches as well, but they chose this option because they believe it gives users the greatest privacy protections while also still being practical to implement in the timeframe before third-party cookies are deprecated. The FedCM API introduces a new consent query that will require the user to acknowledge they want a sign-in, sign-up, or sign-out action to happen between the RP and the IdP.

It’s important to realize that FedCM is not intended to be a one-size-fits-all answer for all federated identity use cases. It is intended to work as a fallback when other potential solutions, such as First Party Sets, do not apply. It is a stand-alone solution which may be used on its own, (although that might result in a less desirable user experience). It also works with, rather than in opposition to, other possible solutions like enterprise policies and user settings. Each potential solution offers different deployment and user experience trade-offs that should be considered as well.

Relationship with Other Initiatives

The community group has developed a table that takes a high-level view of the various authentication protocol primitives and whether or not they are likely to be impacted by the deprecation of third-party cookies as well as any changes in how browsers handle link decoration or redirection. This table is a work-in-progress and is available in our GitHub repository [PrimitiveUseCases]. A snapshot of the table is below:

While there are elements of the identity protocols themselves (e.g., OAuth2, OIDC, SAML) that may be used to work around the deprecation of some of those primitives (e.g., using a backchannel logout model in place of a front-channel logout model), there are also work items in other groups that are important to be aware of.

The Privacy Community Group has several proposals under development, including First Party Sets, Storage Access, Storage Partitioning, and several others.[PrivacyCG] Those proposals are not specifically targeted to handle identity federation, but still may be potential solutions for different scenarios.

Google has several proposals, some actively under discussion in a community group, others being developed internally, that are being built under their Privacy Sandbox efforts.[PrivacySandbox] Similarly, Mozilla’s Firefox is focused on several privacy-related products, though none are currently targeting the identity federation use cases. Apple’s WebKit has focused on their Intelligent Tracking Protection efforts.[ITP]

The table below lists all of the proposals that might be useful for different identity federation use cases. The proposal names are linked to the Github repository where the proposal is being developed. There you can find more information about the proposal, ask any questions you might have, and provide any potential feedback.

There are other potential solutions to consider as well. Some of them are outlined in the following table.